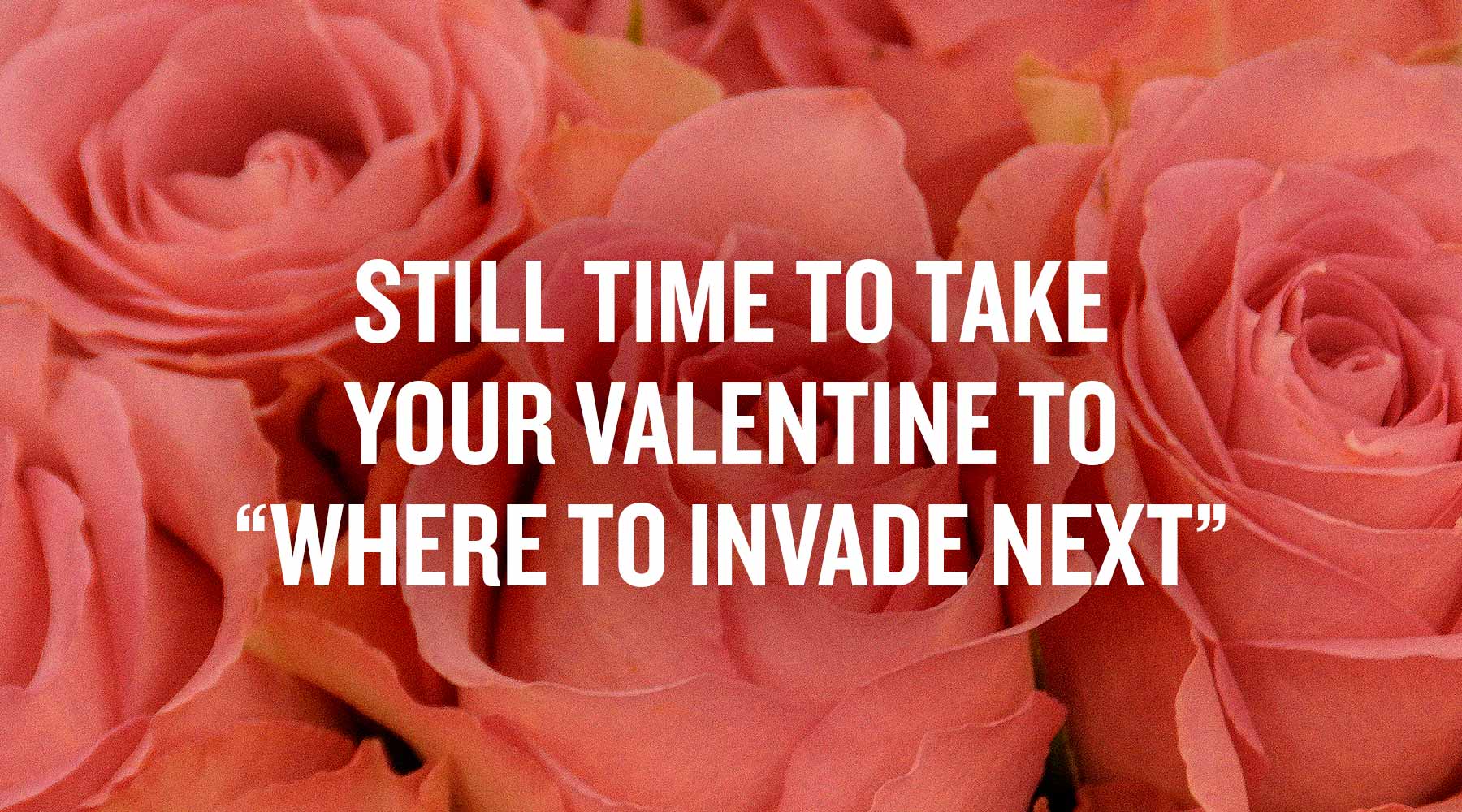 HAPPY VALENTINE’S DAY! I hope you are having a loving day today no matter what you are doing.

As many of you know, my new film WHERE TO INVADE NEXT opened this weekend and it is in theaters everywhere NOW. You can easily get your tickets by going here (LINK.) As I reported yesterday, “Where To Invade Next” is not only on track to be my biggest limited opening (less than 300 screens) ever, we’ve just learned Saturday’s box office jumped 30% over Friday’s!

Consider this movie as my Valentine’s gift to America (and the world). In the film I spend nearly two hours showing what happens when the decisions that are made — especially the political decisions — are based on love. Love of your neighbor, love of those who have less, love of “the other” (the people who are not like you).

In “Where To Invade Next” I travel the world and show what the U.S. would look like if we were a kinder people. And in those places where women hold true power, I found that things were just better for everyone.

So if you want to take your Valentine to a movie that is about another kind of love, I can guarantee you’re going to walk out at the end uplifted, energized and with a real sense of hope. There’s still time to make a night of it and hit the theatre!

And don’t forget to tweet and post your pix from the evening! I’ll share them with my nearly 5 million online followers. And I thank you with all my heart for sharing your Valentine’s Day with me via my film.

Have a loving night and I hope you all enjoy WHERE TO INVADE NEXT!

P.S. Here’s some more of the comments I’m getting from around the country…

@MMFlint Brilliant movie! You are a beacon of hope. My wife and I saw it on our 7th anniversary. Thank you sir. pic.twitter.com/TW4MQ7RLm7

@MMFlint it is done! This was the best V gift that I ever had. Thxs! A must watch pic.twitter.com/lUdnpexNKu

Just bought my tickets to see brand new @MMFlint film “Where To Invade Next” for v-day! When will you get yours? Hurry! Vday is close!

@MMFlint What did our teenager want to do most for VDay? See #WhereToInvadeNext! Raising her right. MUST see for her generation.