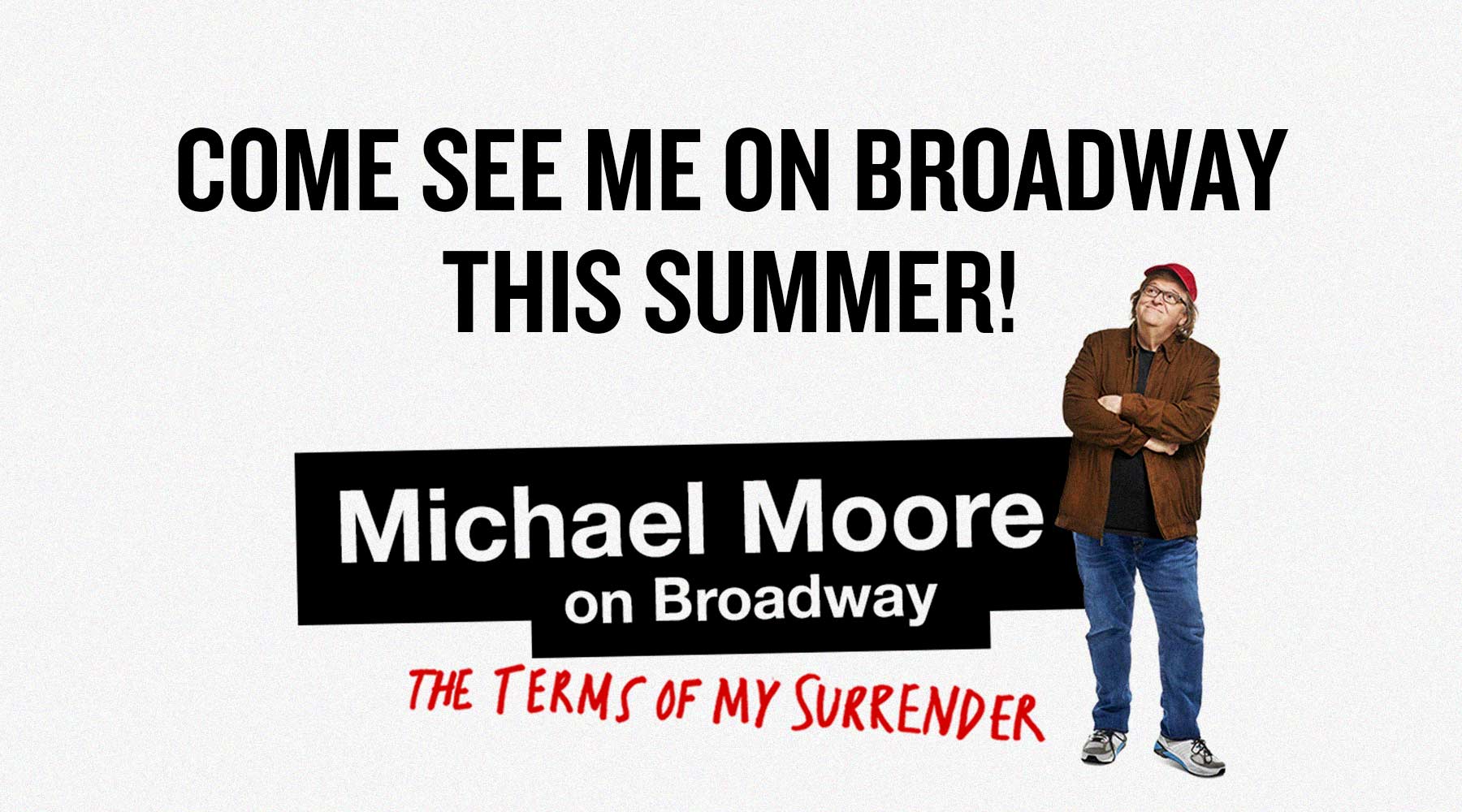 I have some good news to share with you…

This past week, at a press conference at Sardi’s in New York’s Times Square, the Shubert Organization announced my Broadway debut — the upcoming world premiere of the one-man show I’ve written and will perform — THE TERMS OF MY SURRENDER. It will run ‪for 12 weeks only, beginning July 28‬th at the ‪Belasco Theatre‬ — just blocks away from Trump Tower.

Needless to say, I’m excited about this! A few weeks ago I mentioned on Facebook that I’ve been on a creative tear since Trump’s appointment by the Electoral College. I proposed then that we fight Trump on four fronts: 1) Mass citizen action; 2) Run candidates who can win; 3) Tie him up with court orders and injunctions; and, my personal favorite — 4) Form an Army of Satirists with the belief that we can bring him down with humor, comedy and ridicule — simply because his awfully thin skin just can’t take it.

I committed to doing everything I could, in every venue open to me — film, television, books — but I also decided it was time for me to try something new, something different. Change it up because the old ways no longer work.

But a million women (and men) in the streets – that works. Descending en masse on airports when the Muslim ban was announced – that works. Flooding congressional phone lines and town halls – that works. Bold, brash, out of the blue ideas are exactly what we need.

So here’s my contribution: I’ve written a one-man play, a piece of original theater that I will perform on Broadway this summer to people visiting from Iowa to Oregon to Virginia (and for those who call New York home). It’s not “Cats” or “Mamma Mia!” but it is live, it’s on a stage and I’ll be saying and doing things each night that I’ve been wanting to say uncensored for some time. And I’ll be doing it in the city that is the seat of corporate power, the headquarters of Wall Street, the epicenter of our media and that wonderful home of free expression we call the American theater. This show will be subversive and funny and it’ll be unlike anything I’ve ever done. I think you’re really going to like it!

My director is the great Michael Mayer. He won the Tony Award for “Spring Awakening” and has directed so many great plays on Broadway: “‪Hedwig and the Angry Inch‬”, Green Day’s “American Idiot”, two Arthur Miller revivals, “Funny Girl” in London and the ‪Metropolitan Opera’s current production of Verdi’s “‪Rigoletto‬”. He’s an amazing artist and director.

I hope you can come! It would mean a lot to me. You can get tickets right now, here at Telecharge for as low as $29.

I’ve personally wanted to do something in the theater for a long time. And I’ll tell you, this feels the way I felt when I made my first film, “Roger & Me” — trying something new and original and a fresh jolt to the American consciousness. That’s what I think – hope – this one-man show is going to do. Wish me well! Come see it!

And thanks for all your support over the years!