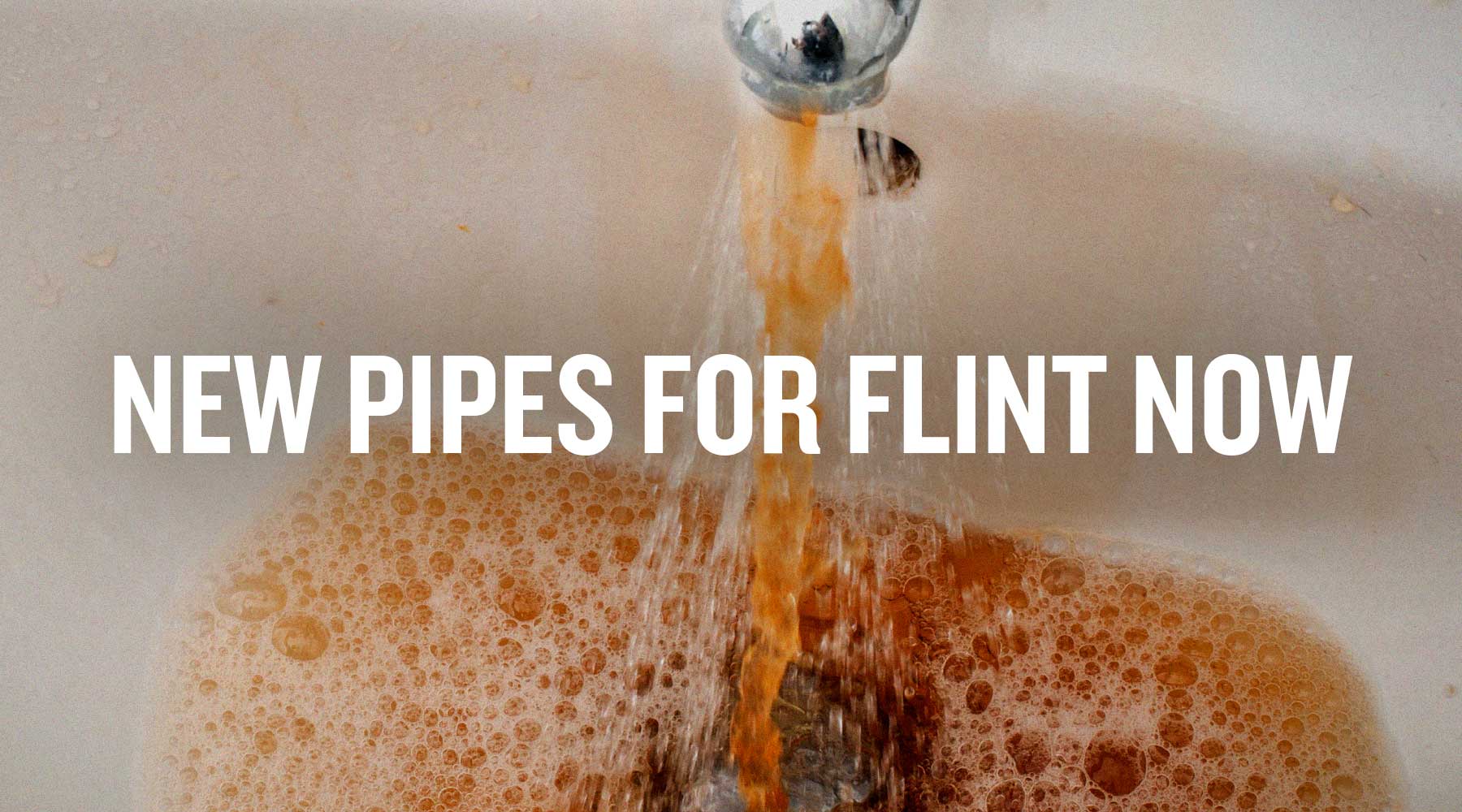 The water in my hometown of Flint, Michigan, has been poisoned for 680 days.1 On Thursday, the very first lead pipe was replaced—by private citizens who pooled their money to make it happen.2

With the national spotlight back on Flint as the Democratic candidates prepare to debate there tomorrow, MoveOn has just launched a digital counter to track the days, hours, minutes, and seconds that Flint’s water has been poisoned by the disastrous decisions of Michigan Governor Rick Snyder’s administration.

Tomorrow MoveOn will park a giant mobile billboard of the digital counter outside the governor’s mansion in Lansing to make sure Gov. Snyder can’t possibly miss seeing news of the counter. Then they’re going to drive it to the Democratic debate tomorrow night. And in the coming week, it will frequent the governor’s mansion, his office, and his new condo in Ann Arbor.

Flint Mayor Karen Weaver is moving forward with an ambitious $55-million plan to remove and replace Flint’s residential lead pipes, starting immediately. But Gov. Snyder has failed to embrace the plan and secure the $55 million for project.3

It’s unthinkable that the governor would allow a white, affluent community to drink, bathe, and cook with poisoned water for 680 days. But for Flint, a majority Black city where poverty is rampant, the days have turned into weeks, the weeks into months, the months to nearly two years—and Gov. Snyder has yet to replace a single lead pipe.

We need to increase the pressure on Gov. Snyder to replace Flint’s lead pipes now, training and employing Flint residents to complete the work.

Please join me in demanding justice for Flint by sharing the digital counter now.