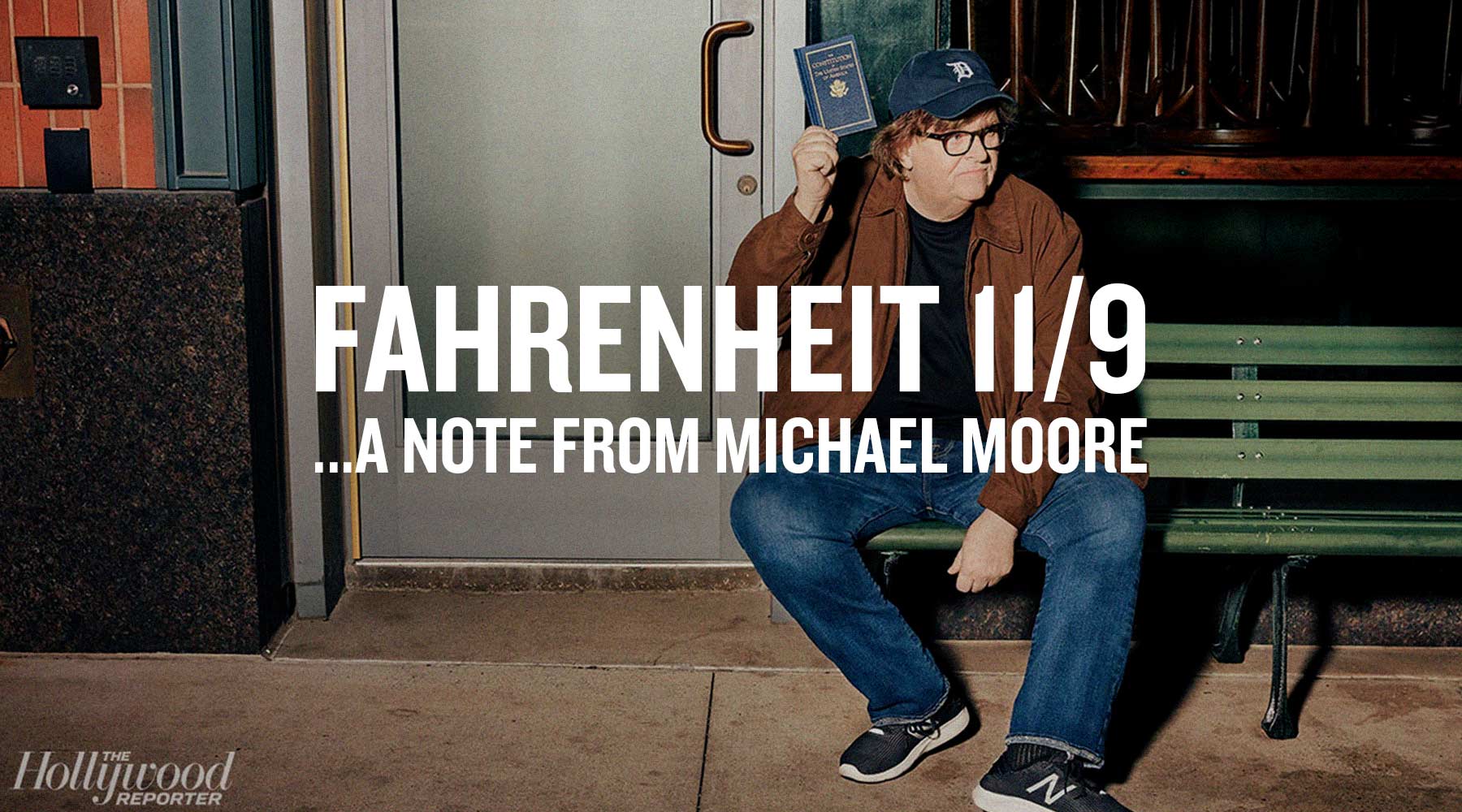 In my lifetime, I’ve had maybe only a dozen days like the one I’ve woken up to this morning.

It’s the day that a new film of mine will have its World Premiere, and that is what will happen tonight for FAHRENHEIT 11/9 at the Opening Night kick-off of the Toronto International Film Festival, North America’s premiere film event. I am just hours away from that moment when the lights will dim, the curtain will rise and my work, with all its revelations and warnings and dangerous ideas — well, dangerous politically to a President who has no intention of ever leaving office unless the Secret Service physically drags him out of there — will be shared with the world. This siren call of a movie is my contribution to ignite the fire underneath a despairing, dispirited public who must — MUST — do its job and end the madness at 1600 Pennsylvania Avenue.

I have spent the better part of this year constructing a film that will not only explain how the @#&% we ended up with Trump, but also help show us the way out. I must warn you — I do not pull ANY punches in the film. No one is spared – not even me.

It is already being talked about as one of the most anticipated films of the fall, and just yesterday, this wonderful piece was published in The Hollywood Reporter! 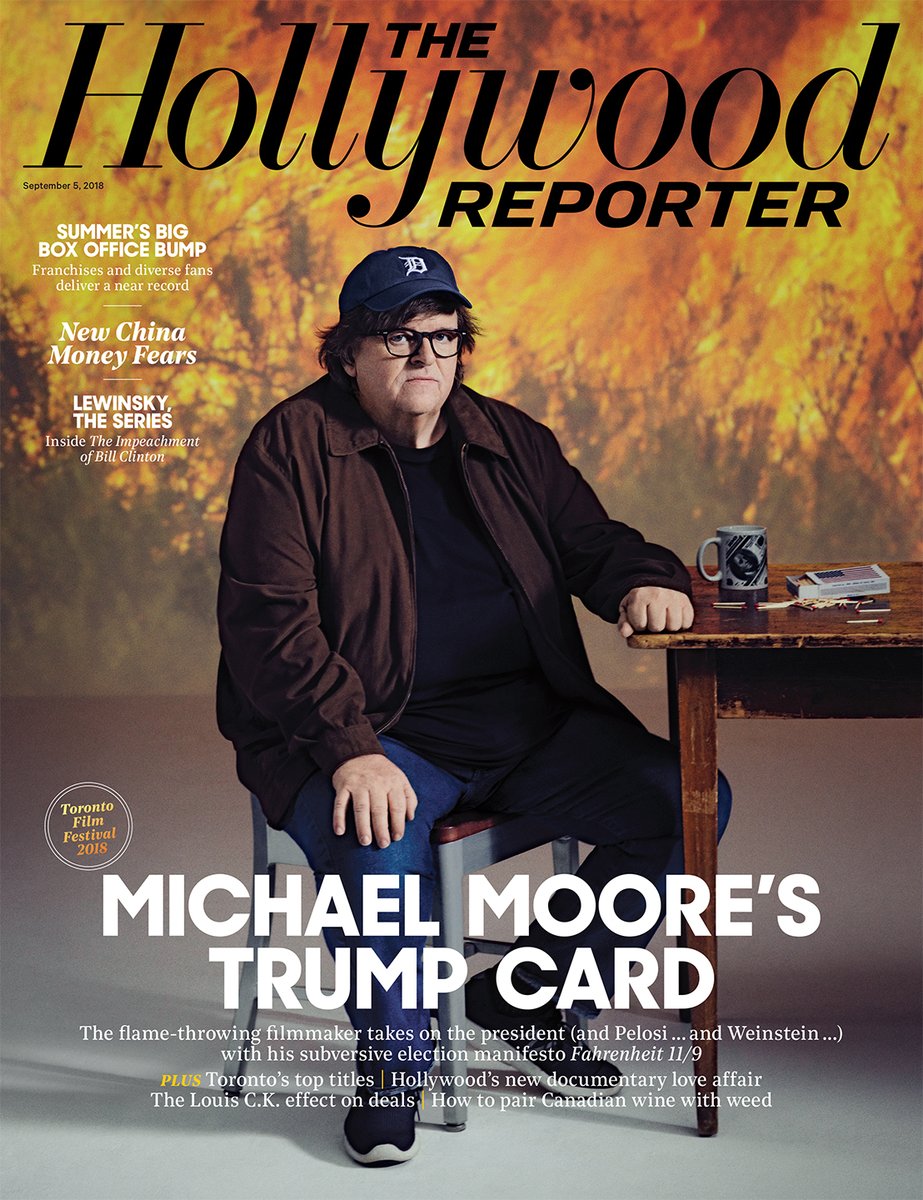 This film is THE moment of truth we’ve all needed for sometime, and I believe its release in theaters nationwide on Sept. 21st may well be the real beginning of the end for Donald J. Trump (and perhaps, more importantly, the eventual end of the rotten, corrupt system that gave us Trump in the first place).

I also believe we have, as we approach November 6th, a massive tsunami of women, young people and people of color (i.e., TWO-THIRDS of the American public) who maybe — just maybe — will drown the whole stinkin’ lot of them in a record number of ballots cast for a midterm election.

But this will not happen on its own — and any early celebrations of victory like those that happened in 2016, are sure to keep the Republicans in power for years to come.

Donald J. Trump did not just fall from the sky. His rise to the presidency was not an aberration and should not have come as a shock. It was the logical end result of a long, downward spiral in America that culminated in one of our most loathsome citizens conquering our most powerful office. One of our most deceptive minds, commanding the bully pulpit. One of our most fraudulent hucksters, armed with the powers of the presidency to protect him.

Ever since that fateful morning at 2:29 AM on 11/9/16 when the Associated Press officially called the election for Trump, we have been trying to save what’s left of our democracy. This is not a film telling you what a jerk Donald Trump is or what an buffoon Donald Trump is or what a liar Donald Trump is. You already know all that. Everybody already knows all that (except for your conservative brother-in-law, whose mind you’ll never be able to change). I wouldn’t waste your time or my time making that kind of film. And with all due respect to your conservative brother-in-law, we don’t need him. We’re the majority in this country, he’s the minority, he knows it, and that’s why he’s so mad!

My crew and I have moved heaven and earth to make sure we deliver this film to you as soon as possible. I’m excited to announce to you that “Fahrenheit 11/9” will open in more movie theaters than any of my previous films — over 1,500 theaters across America!

(It will also be opening in dozens of countries around the world.)

When we open nationwide on September 21st, it will be just 45 days before the most important election in American history (and with voter registration still open across the country!).

So, I am on my way to Toronto. Fortunately, I don’t have to make a run for the border a la “The Handmaid’s Tale” — yet. For tonight, I’ll just be showing a movie. Then on Monday night in Flint, we will hold the US premiere of FAHRENHEIT 11/9. This is all very exciting to me and I just want to thank you for all the support you’ve given me over the years.

Every day, even today, there’s a new piece of news that rattles us to our core. Never forget that we are the majority. Now we need to rise up. That’s the only way out of this mess.

All my best,
Michael Moore
Mike@michaelmoore.com

P. S. I’ll bring you into the world premiere tonight as the film ends via Facebook Live just before 11pm ET.