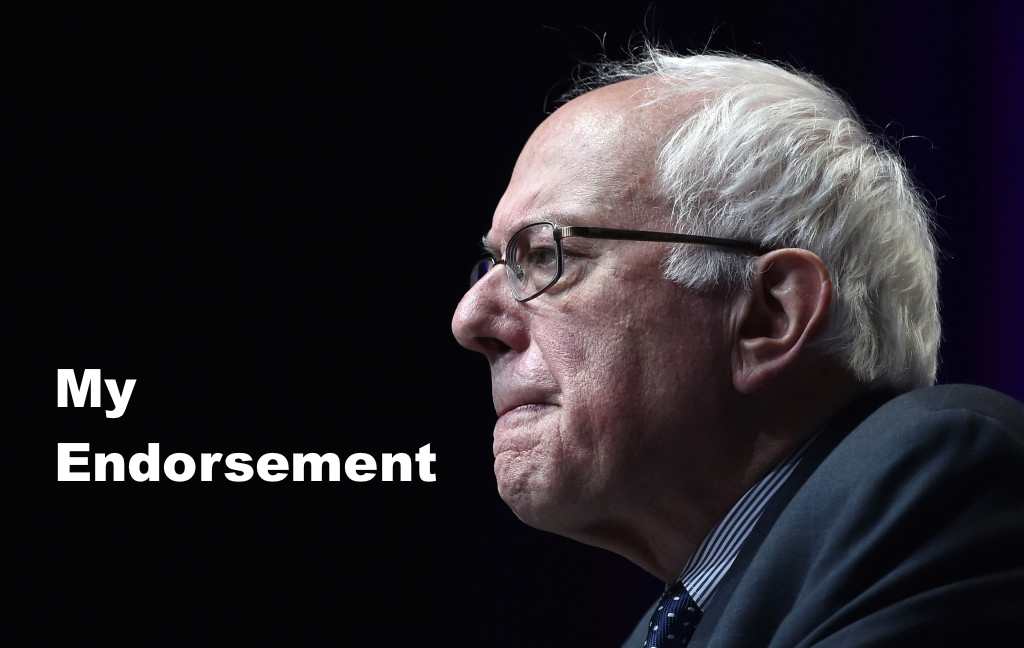 When I was a child, they said there was no way this majority-Protestant country of ours would ever elect a Catholic as president. And then John Fitzgerald Kennedy was elected president.

The next decade, they said America would not elect a president from the Deep South. The last person to do that on his own (not as a v-p) was Zachary Taylor in 1849. And then we elected President Jimmy Carter.

In 1980, they said voters would never elect a president who had been divorced and remarried. Way too religious of a country for that, they said. Welcome, President Ronald Reagan, 1981-89.

They said you could not get elected president if you had not served in the military. No one could remember when someone who hadn’t served had been elected Commander-in-Chief. Or who had confessed to trying (but not inhaling!) Illegal drugs. President Bill Clinton, 1993-2001.

And then finally “they” saId that there’s NO WAY the Democrats were going to win if they nominated a BLACK man for president — a black man whose middle name was Hussein! America was still too racist for that. “Don’t do it!”, people quietly warned each other.

Do you ever wonder why the pundits, the political class, are always so sure that Americans “just aren’t ready” for something — and then they’re always just so wrong? They says these things because they want to protect the status quo. They don’t want the boat rocked. They try to scare the average person into voting against their better judgment.

And now, this year “they” are claiming that there’s no way a “democratic socialist” can get elected President of the United States. That is the main talking point coming now from the Hillary Clinton campaign office.

But all the polls show Bernie Sanders actually BEATING Donald Trump by twice as many votes than if Hillary Clinton was the candidate.

Although the polls nationally show Hillary beating Bernie among DEMOCRATS, when the pollster includes all INDEPENDENTS, then Sanders beats Trump two to one over what Clinton would do.

The way the Clinton campaign has been red-baiting Sanders is unfortunate — and tone deaf. According to NBC, 43% of Iowa Dems identify themselves more closely with socialism (sharing, helping) than with capitalism (greed, inequality). Most polls now show young adults (18-35) across America prefer socialism (fairness) to capitalism (selfishness).

The Merriam-Webster Dictionary recently announced the most looked-up word in their online dictionary in 2015 was “socialism.” If you’re under 49 (the largest voting block), the days of the Cold War & Commie Pinkos & the Red Scare look as stupid as  “Reefer Madness.”

If Hillary’s biggest selling point as to why you should vote for her is, “Bernie’s a socialist!” or “A socialist can’t win!”, then she’s lost.

The New York Times, which admitted it made up stories of weapons of mass destruction in Iraq & pushed us to invade that country, has now endorsed Hillary Clinton, the candidate who voted for the Iraq War. I thought the Times had apologized and reformed itself. What Is going on here?

Of course, there was a time when the media said it wasn’t “realistic” to pass a constitutional amendment giving women the right to vote. They said it would never pass because only all-male legislators would be voting on it in the Congress and the State Legislatures. And that, obviously, meant it would never pass. They were wrong.

They once said that it wasn’t “realistic” to pass a Civil Rights Act AND a Voting Rights Act back to back. America just wasn’t “ready for it.” Both passed, in 1964 & 1965.

Ten years ago we were told gay marriage would never be the law of the land. Good thing we didn’t listen to those who told us to be “pragmatic.”

Hillary says Bernie’s plans just aren’t “realistic” or “pragmatic.” This week she said “single payer health care will NEVER, EVER, happen.” Never? Ever? Wow. Why not just give up?

Hillary also says it’s not practical to offer free college for everyone. You can’t get more practical than the Germans – and they’re able to do it. As do many other countries.

Clinton does find ways to pay for war and tax breaks for the rich. Hillary Clinton was FOR the war in Iraq, AGAINST gay marriage, FOR the Patriot Act, FOR NAFTA, and wants to put Ed Snowden in prison. THAT’S a lot to wrap one’s head around, especially when you have Bernie Sanders as an alternative. He will be the opposite of all that.

There are many good things about Hillary. But it’s clear she’s to the right of Obama and will move us backwards, not forward. This would be sad. Very sad.

81% of the electorate is either female, people of color or young (18-35). And the Republicans have lost the VAST majority of 81% of the country. Whoever the Democrat is on the ballot come November will win. No one should vote out of fear. You should vote for whom you think best represents what you believe in. They want to scare you into thinking we’ll lose with Sanders. The facts, the polls, scream just the opposite: We have a BETTER chance with Bernie!

Trump is loud and scary — and liberals scare easy. But liberals also like facts. Here’s one: less than 19% of the USA is white guys over 35. So calm down!

Finally, Check out this chart — it says it all: (Note: Hillary has now changed her position and is against TPP) 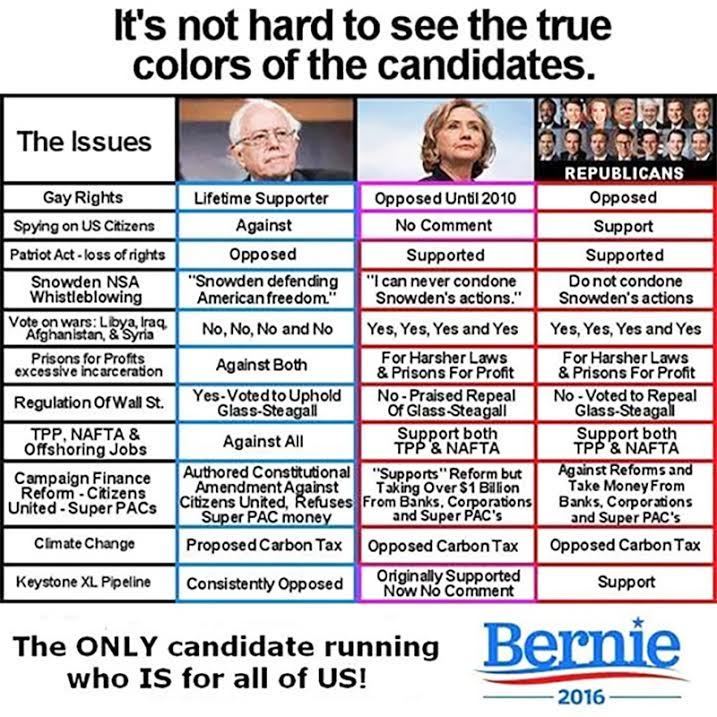 I first endorsed Bernie Sanders for public office in 1990 when he, as mayor of Burlington, VT, asked me to come up there and hold a rally for him in his run to become Vermont’s congressman. I guess not many were willing to go stump for an avowed democratic socialist at the time. Probably someone is his hippie-filled campaign office said, “I’ll bet Michael Moore will do it!” They were right. I trucked up into the middle of nowhere and did my best to explain why we needed Bernie Sanders in the U.S. Congress. He won, I’ve been a supporter of his ever since, and he’s never given me reason to not continue that support. I honestly thought I’d never see the day come where I would write to you and get to say these words: “Please vote for Senator Bernie Sanders to be our next President of the United States of America.”

I wouldn’t ask this of you if I didn’t think we really, truly needed him. And we do. More than we probably know.