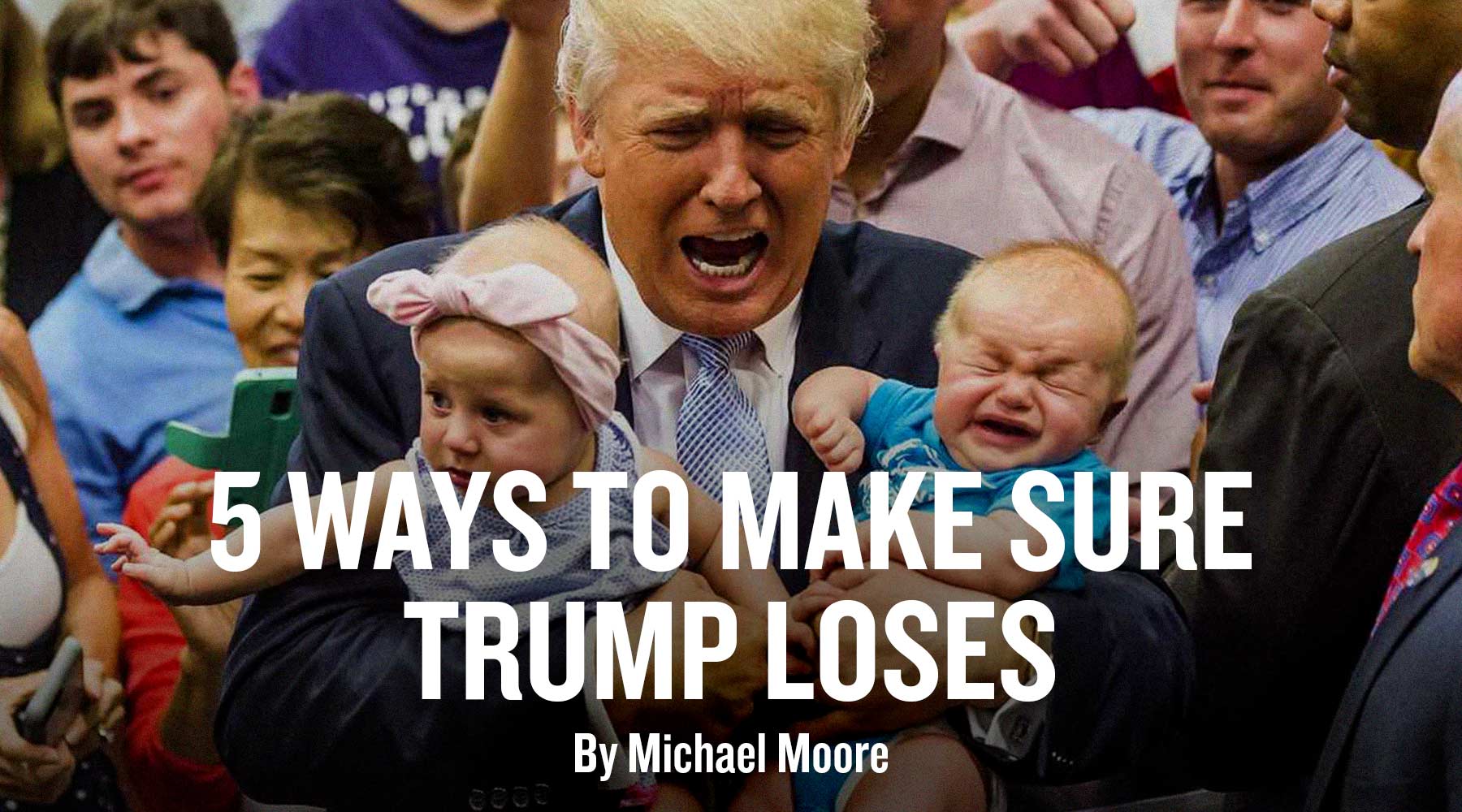 Over the past few days, a number of polls have come out showing Hillary Clinton leading Donald Trump nationally by double digits, including in blue collar states like Michigan (10%) and Pennsylvania (11%). If you are a Clinton supporter and have felt a sense of relief when you saw these numbers, your shoulders suddenly relaxing and an audible “phew” coming from your mouth, if you got excited that your belief system was now reassured that there was no chance your fellow Americans will vote for a narcissistic misogynist, then you just became part of the problem — and why Donald J. Trump could actually win on November 8th.

Please do not think for a second this election is over or in the bag. There are three long months to go. If you think that all we have to do is just let Trump keep shooting himself in the head – that “Trump will beat Trump” and the rest of us just have to sit back and watch with glee – well, you are playing with fire. And you’re looking for a way to get out of doing any work. Clearly you’ve forgotten this election is not about whether there are more people “for” Hillary or Trump. Of course there are more people for Hillary! She will lead in the opinion polls from now until Election Day.

AND IT DOESN’T MATTER.

Because this is not a popularity contest decided by polls (or in this year’s edition, a contest over who you dislike the least). As I’ve said, if people could vote from their sofa via their Xbox or remote control, Hillary would win in a landslide. But this election is only about who SHOWS UP to the VOTING BOOTH on November 8th (or to early voting or by absentee ballot). The election this year is not being held as usual on the first Tuesday of November; it’s happening in the second week of the month, so if you live in the top half of the country, that means a greater chance for snow or icy rain — and that means a lower turnout. A lower turnout helps Trump.

This election is ONLY about who gets who out to vote, who’s got the most rabid supporters, the kind of candidate who inspires people to get out of bed at 5am on Election Day because a Wall needs to built! Muslims are killing us! Women are taking over! USA! USA! Make My Penis Great Again! Hillary is the Devil! America First! Fetus First! First in Line at the Polls!

So instead of feeling better this week because of the new polls (BTW, only one of these polls is of “likely voters” – the Reuters Poll – and in that one, Hillary leads by only 4 points), or regaling over Trump’s insanity (so insane, he raised $82 million last month in mostly $10-$20 contributions, stunning the Clinton campaign, because Bernie never had a grassroots month anywhere near that), I would like to suggest a different response. I’d like to ask those who love Hillary to hold off on the victory party ’til the wee hours of November 9th. Please, can we all agree that now is NOT the time to do this: http://www.npr.org/sections/thetwo-way/2015/08/25/434585015/not-over-til-its-over-runners-early-celebration-costs-her-the-bronze

Let’s stop the early celebrating and the gloating over Trump’s Bad Week. No premature end zone dances. If you are serious about this election, and if you are smart enough to still take Donald Trump seriously, then here’s 5 things to do – four for you, and one for Hillary:

Because, you see, we have no choice. We’re in the Trump Resistance.

Yours in revolution and future playdates,

P.S. Still feeling giddy about all the bad news surrounding Trump this week? Here’s another bucket of cold water: Trump can actually lose Florida, Virginia, Colorado and New Mexico — and STILL WIN! All he has to do is carry the rust belt “Brexit States” of Ohio, Pennsylvania, Michigan and Wisconsin. Hillary lost three of these four in the primaries. Nothing can be taken for granted. Once more: This is all about who shows up November 8th — not who’s ahead in the popularity polls right now. On the morning of the Michigan Primary, Hillary was ahead of Bernie in a WJBK/TV2-Detroit poll by 22 points. Twelve hours later, she lost. Leave your bubble now! You are a Precinct Captain! You have work to do!