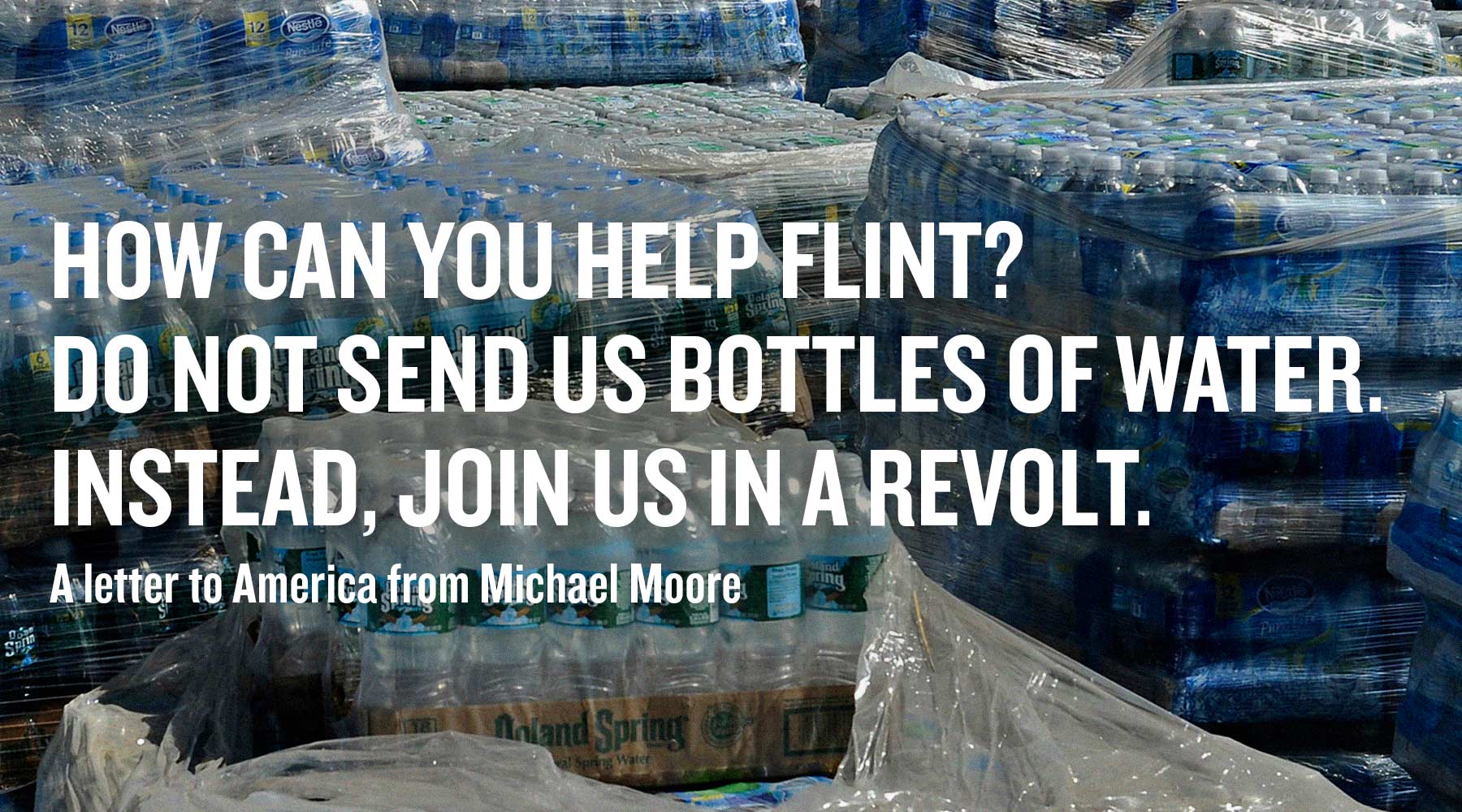 Many of you have contacted me wanting to know how you can help the people of Flint with the two-year long tragedy of drinking water contaminated by the radical decisions made by the Governor of Michigan. The offer is much appreciated by those who are suffering through this and who have not drank a glass of unpoisoned water since April of 2014.

Unfortunately, the honest answer to your offer of help is, sadly, you can’t.

The reason you can’t help is that you cannot reverse the irreversible brain damage that has been inflicted upon every single child in Flint. The damage is permanent. There is no medicine you can send, no doctor or scientist who has any way to undo the harm done to thousands of babies, toddlers and children (not to mention their parents). They are ruined for life, and someone needs to tell you the truth about that. They will, forever, suffer from various neurological impediments, their IQs will be lowered by at least 20 points, they will not do as well in school and, by the time they reach adolescence, they will exhibit various behavioral problems that will land a number of them in trouble, and some of them in jail.

That is what we know about the history of lead poisoning when you inflict it upon a child. It is a life sentence. In Flint, they’ve already ingested it for these two years, and the toll has already been taken on their developing brains. No check you write, no truckloads of Fiji Water or Poland Spring, will bring their innocence or their health back to normal. It’s done. And it was done knowingly, enacted by a political decision from a Governor and a political party charged by the majority of Michigan’s citizens who elected them to cut taxes for the rich, take over majority-black cities by replacing the elected mayors and city councils, cut costs, cut services, cut more taxes for the rich, increase taxes on retired teachers and public employees and, ultimately, try to decimate their one line of defense against all this, this thing we used to call a union.

The amount of generosity since the national media finally started to cover this story has been tremendous. Pearl Jam sent 100,000 bottles of water. The next day the Detroit Lions showed up with a truck and 100,000 bottles of water. Yesterday, Puff Daddy and Mark Wahlberg donated 1,000,000 bottles of water! Unbelievably amazing. They acknowledged it’s a very short-term fix, and that it is. Flint has 102,000 residents, each in need of an average of 50 gallons of water a day for cooking, bathing, washing clothes, doing the dishes, and drinking (I’m not counting toilet flushes, watering plants or washing the car). But 100,000 bottles of water is enough for just one bottle per person – in other words, just enough to cover brushing one’s teeth for one day. You would have to send 200 bottles a day, per person, to cover what the average American (we are Americans in Flint) needs each day. That’s 102,000 citizens times 200 bottles of water – which equals 20.4 million 16oz. bottles of water per day, every day, for the next year or two until this problem is fixed (oh, and we’ll need to find a landfill in Flint big enough for all those hundreds of millions of plastic water bottles, thus degrading the local environment even further). Anybody want to pony up for that? Because THAT is the reality.

This is a catastrophe of unimaginable proportions. There is not a terrorist organization on Earth that has yet to figure out how to poison 100,000 people every day for two years – and get away with it. That took a Governor who subscribes to an American political ideology hell-bent on widening the income inequality gap and conducting various versions of voter and electoral suppression against people of color and the poor. It was those actions that led Michigan’s Republican Governor to try out his economic and racial experiment in Flint (and please don’t tell me this has nothing to do with race or class; he has removed the mayors of a number of black cities. This, and the water crisis in Flint, never would have been visited upon the residents of Bloomfield Hills or Grosse Pointe — and everyone here knows that). We have now seen the ultimate disastrous consequences of late-20th century, neo-conservative, trickle down public policy. That word “trickle,” a water-based metaphor, was used to justify this economic theory — well, it’s no longer a metaphor, is it? Because now we’re talking about how actual water has been used to institute these twisted economic beliefs in destroying the lives of the black and the poor in Flint, Michigan.

So, do you still want to help? Really help? Because what we need in Flint – and across the country – right now, tonight, is a nonviolent army of people who are willing to stand up for this nation, and go to bat for the forgotten of Flint.

Here’s what you and I need to do:

In the end, we will need to create a new economy and bring new employment to this town that created the middle class, that elected the first black mayor, and that believed in and created the American Dream. They deserved more than to be poisoned by their own Governor — a Governor who thought that, because the people in the town were politically weak, he could get away with this unnoticed and without a fight. He figured wrong.

A crime against humanity has been committed against the people of Flint, making them refugees in their own homes. Tell me honestly: if you were living in Flint right now, and you learned that your children had been drinking lead-filled water for two years, and then you discovered that the Governor knew this and the state lied about it – tell me, just how fast would your head be spinning? With your children now poisoned, and with the poisoning continuing… is the word “nonviolence” dominating your thoughts right now? Are you absolutely, stunningly amazed how peaceful the people in Flint have remained? Are you curious how much longer that can last? I hope it does. If you want to help Flint, sign the petition, demand that the federal government take action, and then get involved yourself, wherever you live, so that this doesn’t happen to you – and so that the people we elect know they can no longer break the law as they rule by fiat or indifference. We deserve much better than this.

For a better world,
Michael Moore